Hundreds of women protesters have taken to the streets in Mexico’s capital demanding justice for rape crimes against two girls at the hands of the police. This march went viral as activists used pink spray and threw glitter as part of their protest.

During the protest, a woman was filmed damaging the Mexico City Attorney General’s office. The video went viral, as well as the message she left explaining her actions:

“The damage done to the building installations can be repaired in a day. The life of someone who has been sexually assaulted can never be repaired”

Valeria Leon has the details. 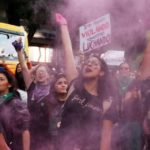 The “Glitter protests” a symbol of feminist activism 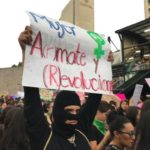