Mexico’s President Andres Manuel Lopez Obrador is among the five world leaders who have decided to hold off on recognizing Joe Biden’s election. But in Mexico this is becoming a conservative talking point for promoting Trump’s narrative. Mexico’s President has developed a close relationship with Trump, despite Trump’s constant attacks against Mexicans.

On Saturday Lopez Obrador told reporters that he doesn’t want to be imprudent and that he wants to wait until the electoral process is finished.

In Mexico, the ambiguous message from López Obrador immediately triggered a media firestorm from critics charging that the Mexican president had essentially sided with Trump.

U.S. congressman Joaquin Castro, a Texas Democrat went to Twitter to denounce the Mexican president’s decision as a diplomatic failure at a time when the incoming Biden Administration is looking to a new era of friendship and cooperation with Mexico.”

Political analysts have asked: “What kind of retribution is López Obrador afraid of?” 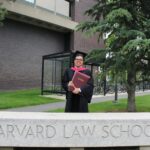 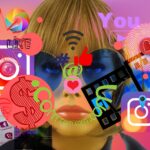