Mexico leads in lethality in Latin America, a region already considered the epicenter of the pandemic by the World Health Organization. because of the rapid expansion of cases.

Mexico reports the highest proportion, even higher than Brazil, which has the second-highest number of confirmed cases in the world, this according to Johns Hopkins University.

In response, Undersecretary of health, Hugo Lopez Gatell, explained that Mexico is overestimating mortality and that the country doesn’t count the mild cases of the disease

In Mexico, we have over 70,000 confirmed cases of Covid-19 and over 7,000 registered deaths. But Health officials have acknowledged that the true death toll is higher, but difficult to estimate due to a low testing rate.

A Reuters review of data showed that mortality rate could be at least 2.5 times higher than the government’s tally.

Despite the situation, Mexico has started its re-opening plan with a 4-color coding system to tell people what activities are allowed. As the Mexican government goes on with the reopening plan, many are worried that, due to a lack of testing, they can’t be sure what the real situation is. 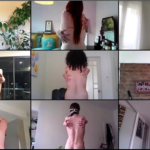