Being a journalist in Playa del Carmen is a high-risk affair. Authorities couldn’t ensure Francisco Romero’s safety. He was one of the most followed reporters but also, one of the most threatened, which led him to leave the state of Quintana Roo for three months. But six months after he came back he was killed.

Her widow, 40-year-old, Veronica Rodriguez, remembered when Romero finally got around to asking her to marry him. She gave us the last interview before leaving the state for security reasons.

The 5th journalist murdered in Mexico this year 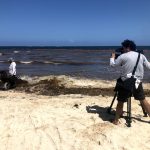 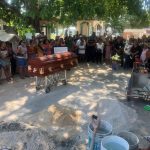