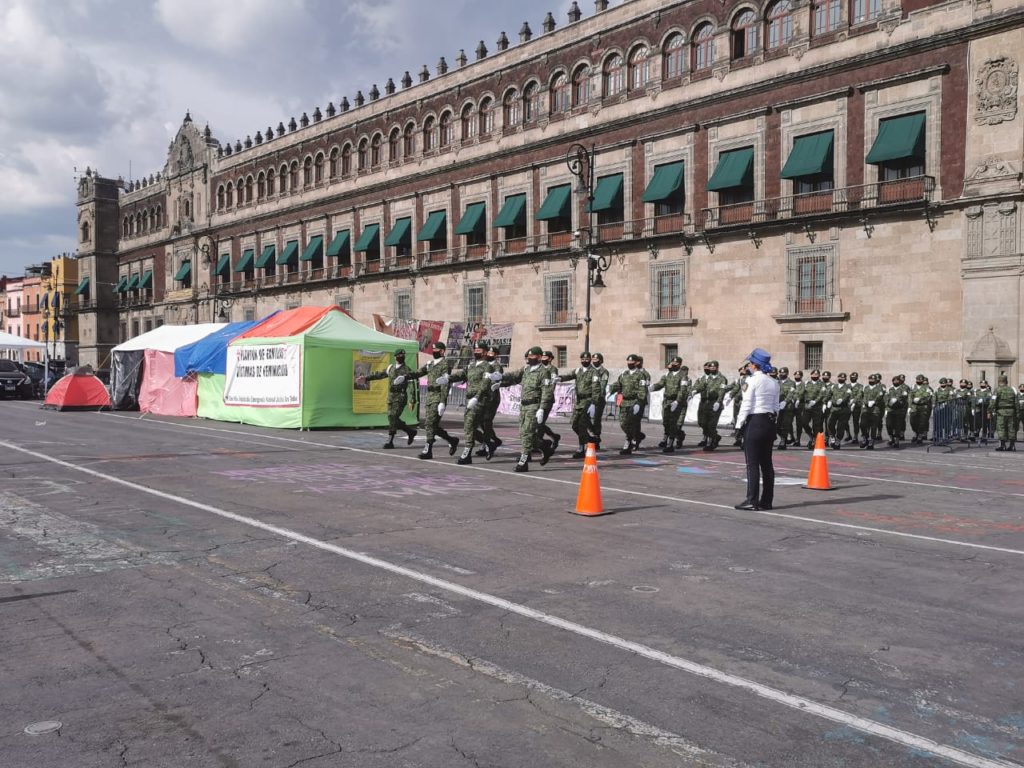 Gender-violence on the rise in Mexico

A dozen women wearing black clothes lie on the main plaza in front of Mexico’s National Palace. Around their bodies a white chalk line simulates a crime scene.

For weeks these women have been camping out to protest against Mexico’s rampant gender-violence, which takes the lives of ten women daily, just because they are women. Less than 5 percent of these femicide cases are investigated.

Sixteen-year-old Alondra was one of these cases. She disappeared two months ago, and she was found severely beaten. Her mother was notified about a person matching her daughter’s description found near her neighborhood in the State of Mexico.

The teenager’s body was in such a state of disfigurement due to the beating she received, that her mother struggled to recognize Alondra’s body.

“Her mother recognized her thanks to her nail polish because they’d gone to get their nail done together the day before,” said Malu Garcia, the lawyer in Alondra’s case.

After a week, Alondra died in the hospital. The case hasn’t been investigated.

Her mother joined the group of women, who have been living in tents outside the National Palace in Mexico City, to pressure the government for an answer in cases like Alondra’s. 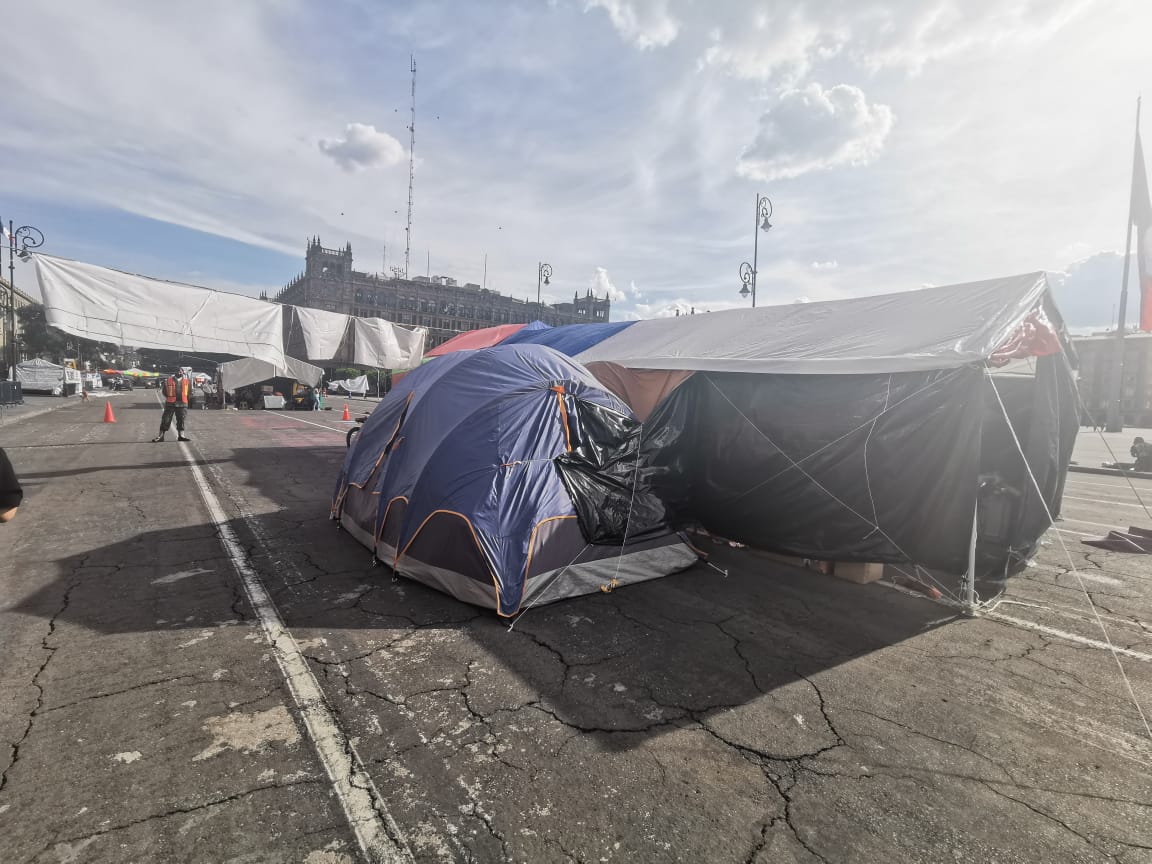 Banners and signs with pictures of their daughters and relatives who’ve disappeared surround the National Palace in Mexico City, where every morning President Andres Manuel Lopez Obrador holds a press conference.

Last week, during his regular 7 a.m. conference, he was asked about the 40 percent cut in the budget for gender-violence against women in municipalities holding the highest number of femincide cases in the country.

To which he answered “Never before the government has taken more care for women than us, we’re not against them.”

A day before this announcement, the National Institute for Women confirmed a 75 percent cut in their budget, more than six millions USD dollars.

In order to downplay this controversial issue, the director Nadine Gasman said that the budget reduction is not only to the Institute but the whole government due to the economic impact of the Covid-19 pandemic.

The economic fallout from coronavirus lockdowns has made more women vulnerable to domestic violence. The cases of femicide in Mexico have grown 30 percent from April to June, according to government figures.

Before the pandemic, the situation of women facing domestic violence was bad, but the quarantine, ordered as a measure to try to stop the spread of the virus, has meant an spike in the attacks against women, and the government has long chosen to ignore the problem. 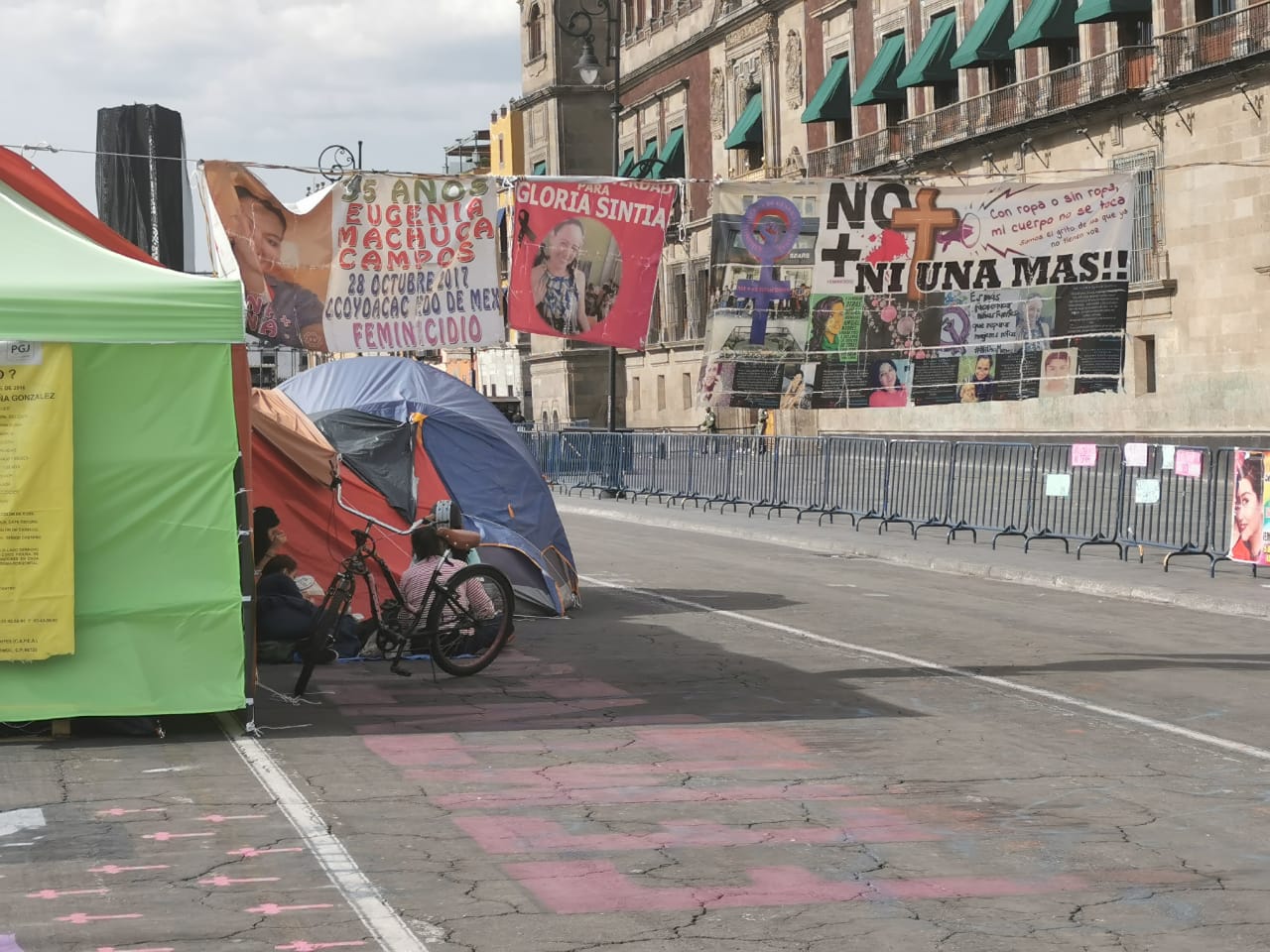 “Most of these calls are fake,” he said.

His attitude prompted backlash from feminist activists and groups working to eradicate violence against women throughout the country.

Marilú Rasso is the director of one of the 120 shelters for women in Mexico. She launched an online campaign to refute Lopez Obrador’s information, called “We have Different Data” (Nosotras tenemos otros datos) Rasso, along with other 6,000 women, sent a third letter to President Lopez Obrador urging to him to attend to this growing crisis taking the lives of women and girls.

“The emergency calls due to domestic violence have risen: 155 per hour, that means 20,000 reports in which 90 per cent of the cases there’s no justice for the victims,” the letter acknowledged.

Mexico is not alone in this problem. The Organization for Security and Co-operation in Europe (OSCE), a global security watchdog, warns that criminal justice has been interrupted globally by the pandemic.

After a month of quarantine, and seeing the problem escalate, Mexico’s government launched a campaign that prompted the ire of many women and raised concerns about whether authorities were prepared to deal with these gender-crimes.

The campaign “Count to Ten” portrayed a family where violence was perpetrated against women and the answer, the video suggests, was a 10 second silence to breathe and avoid overreacting.

In a country where women and girls are found dead every day, this campaign was considered a misstep.

Shelters for abused women represent the only possible ticket to a safe life, says 17-year-old Kristina, who escaped from home to avoid being beaten by her father.

“I can study here and this shelter is a new opportunity for me,” she said to me while showing me one of her favorite books: How to become a Feminist.

The director of these 120 nation-wide shelters, Wendy Figueroa, pointed out that femicide in Mexico isn’t under quarantine. That’s why they’ve created an app to ensure women’s safety. On its surface, it seems like an app for beauty tips, but once you’re in you can report any kind of situation you’re dealing with, from mistreatment to homicide attempts. The app will let you know the exact location of the nearest shelter.

“We’ve been dealing with a steady rise in reports coming through the app. The challenges are more during the pandemic. In most cases we need to find the girl who’s making the report through the app and save her”, Figueroa explained.

But complications arose from a reduction in the budget. Figueroa confirmed that they don’t even have resources to buy medical supplies or cleaning products such as bleach to disinfect these places. 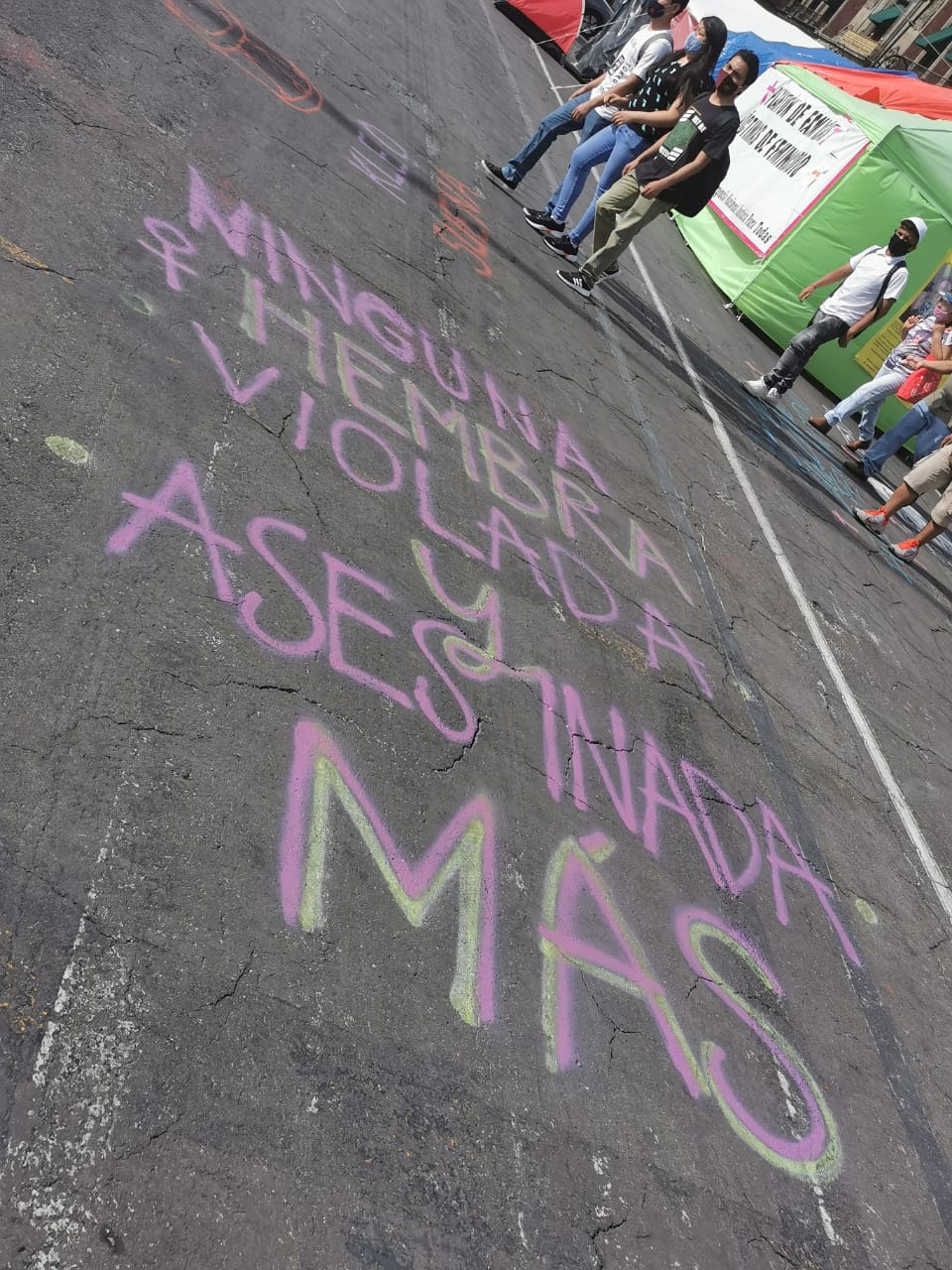 Many women are rescued with their children, and the shelter has become home for these kids. Julieta is the child psychologist in some of the shelters, through different games she teaches her patients how to verbalize their emotions and work on their violent behavior, behavior they  often repeat due to the complicated situation they lived in during their first years of their lives.

“If these kids don’t have access to therapy, it’s very likely that they’d repeat the violent patterns they live at home,” this psychologist acknowledged.

Families of the victims have reached a limit, the situation is exacerbating and the Mexican authorities don’t seem to be prepared to address this problem. Crimes against women are rising and the violence against them is even worse every day.

While the country is in quarentine due to the Coronavirus pandemic, which boosted Mexico’s death toll to the third highest worldwide, the desperation of finding their disappeared daughters and seeking justice in their cases is bigger than the fear of being infected by the Covid-19 virus.

Gender violence in Mexico is a matter of life and death, that’s why many decided that it was the moment to take this issue in their hands and they still sleep under tents in front of the National Palace and said they won’t move until the federal government stops this women massacre. 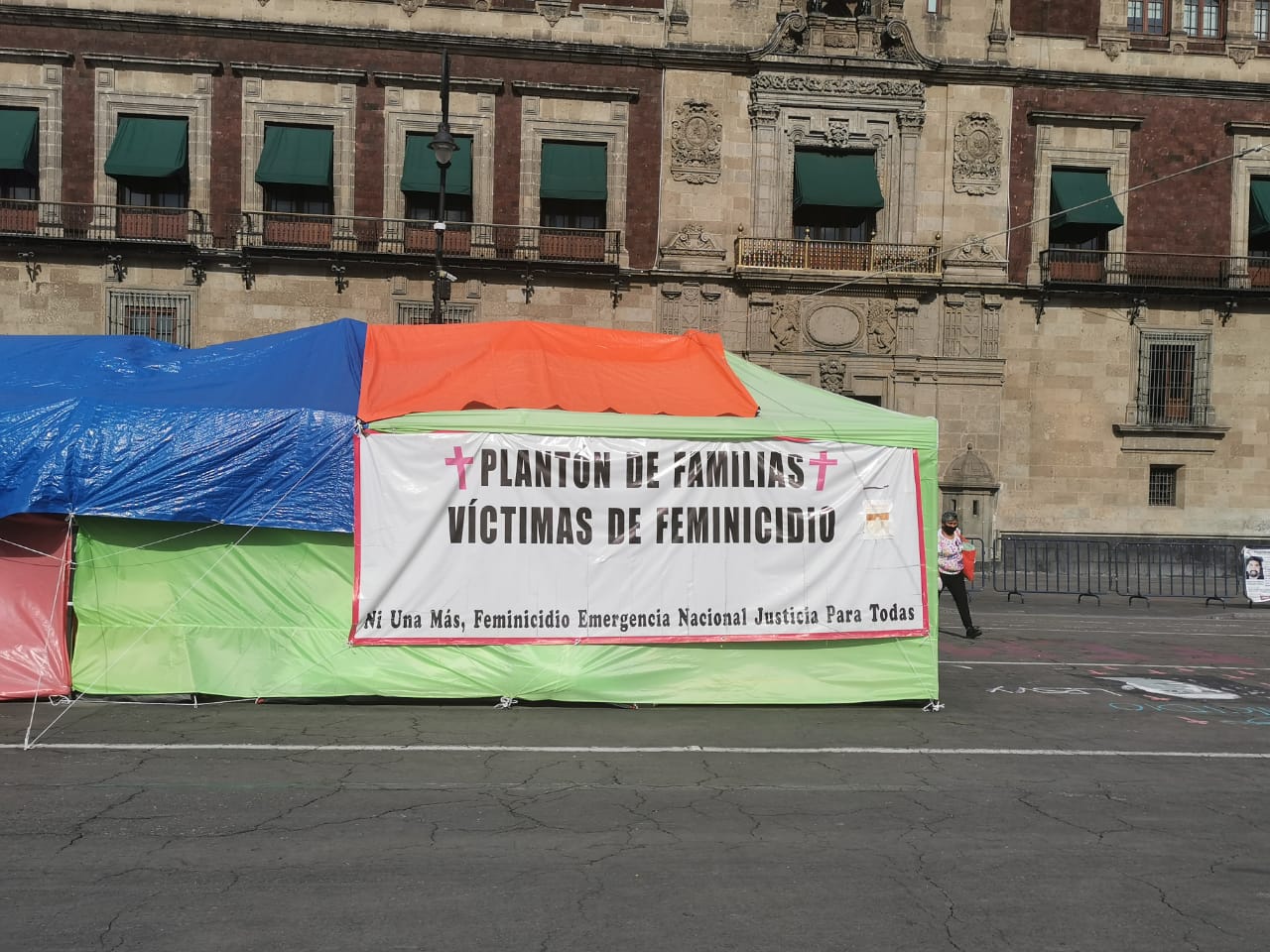 LISTEN TO THIS REPORT HERE: 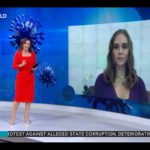 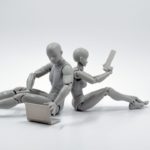